In a nostalgic classic style, our 1990's Spinning Wheel Diner spins tales of great food and warm friendships. Combining the vibrant threads of the past and present, it is an opportunity for you to become an enjoyable creative part of its fabric of life for future generations. We welcome you to do so, while savoring the delightful menu offered by this treat from the past.

On December 15, 1776, the New England Army, made up of troops from New Hampshire, Massachusetts, Connecticut, and Rhode Island, was on its way to join other troops in Easton. That night they camped nearby and/or on the site of the Spinning Wheel Diner. As the Right Wing of the American Army, they crossed the Delaware in the Durham boats with Washington. On Christmas Day, 1776, they took part in winning the Battle of Trenton. Following that they fought in the victory at Princeton.
See http://www.bloomsburynewjersey.com/Town_History.html 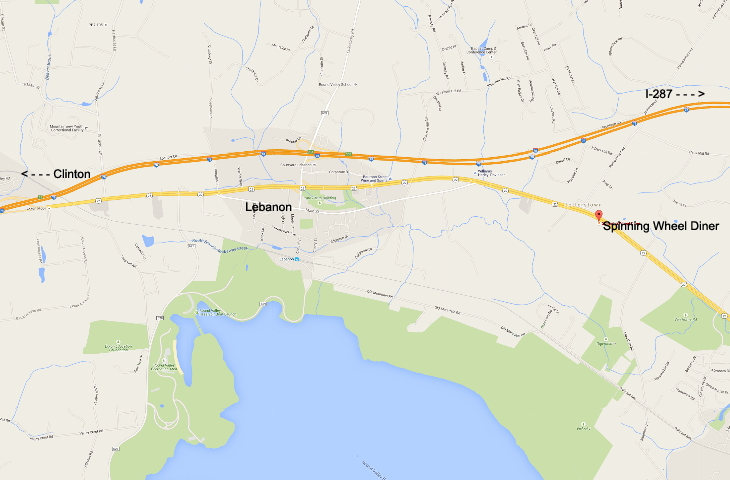 "Spinning the past and present into the fabric of future generations."